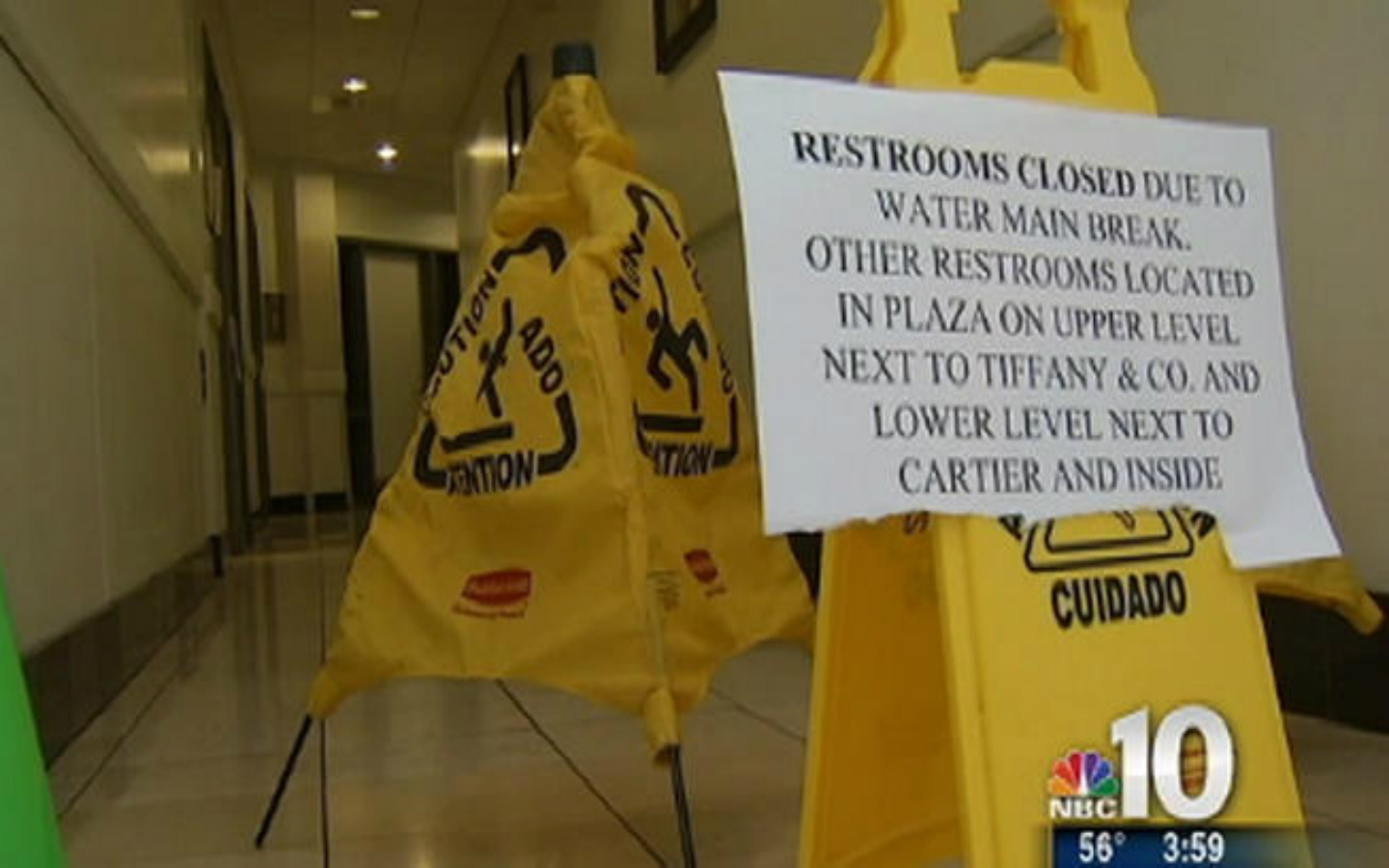 Crews worked Friday afternoon to repair a water pipe break at the King of Prussia Mall that caused some bathrooms at the mall and two restaurants to close during busy Black Friday. It happened around 1:30 p.m. in back of the Macy’s store.

"The only thing that it's affecting is the common area restrooms so our guest services team is helping to refer people to another restroom that they can use," said mall spokesman Kate Johnson.

Mall officials said they hoped to have the problem fixed within a few hours and had it contained by 7 p.m. to just one upper floor restroom.